When you were a kid you heard that a long, long time back, Adventures of Huckleberry Finn, To Kill a Mockingbird, and The Lord of the Flies were banned. Yet today most of us read them in school. Did you know people are still trying to ban books from libraries, bookstores, and school curriculums? It’s an ever-present danger that your freedom to read could be limited by censorship.

Anyone can write a formal request to remove a book/item from their local libraries, schools, or bookstores. Homosexuality, sex education, religious viewpoints, offensive language, and violence are among the top reasons cited why a book was challenged for removal. When you take a look at the top challenged books historically, you will notice a few common themes among the books that are banned ‒ such as a non-white or LGBTQ main and/or secondary characters; issues about race/racism, LGBTQ, religion, or terrorism; or that it takes place in a non-Westernized setting.

Why We Recognize Banned Books Week

North America is more diverse now than ever before, with the legalization of gay marriage in the United State and immigrants and refugees from countries with a vastly different culture from the westernized culture now calling America home. It’s important to recognize that it only takes a few intolerant people afraid of the information, language or ideas that a book contains that conflicts with their own beliefs and values to ban a book if there is no push back.

That banned book could be the key to helping you or your children understand the trials and tribulations someone new in your community or their school may have gone through or is currently going through. Many of the banned books were written to educate on a specific topic which will, in turn, teach empathy and understanding on the topic with the idea in mind to lessen hatred.

Held during the last week of September each year, Banned Books Week has stood to remind us all that we need to value the free and open access to information we have. After all, this isn’t, “The Community” in The Giver and we don’t want it to be!

Since 1982, more than 11,300 books have been challenged according to the American Library Association. Banned Books Week brings national attention and unites the entire book community to share in the support of how harmful censorship can be. We should all be able to seek and express ideas, even if they are considered unorthodox or unpopular. With all of our persistence in the majority of cases, most books haven’t been banned. Let’s keep that momentum going during Banned Books Week. Below are a few ideas you can do at your own library, school library, community or bookstore.

Taboo topics are often some of the most fun to discuss! Invite an audience of students, parents, or open up the invitation to host your local community for a fact-filled event where those interested in literature and the law can learn more about the banning of books.

Banned books are not an isolated case just to the United States. Place a poster of a map of all the books that have been banned around the world, and talk about the similarities and differences in the types of books that are most often challenged. With the right connections (and budget), you might have the author of a challenged book speak at your event and answer audience questions to start a meaningful dialogue. Other notable speakers might include local professors, distinguished academic writers, or members of your own staff!

Turn your patrons into activists by making them reminisce of books they grew up loving and now learning at one time or another they were banned. Display a group of banned books in a store front window and/or on a table. To draw attention, either make shirts for employees to wear or place behind the book display cutouts of the characters from banned book classics. The characters can hold signs of why they were banned such as:

Be sure to include this year’s list of banned books. The curiosity of what’s on their pages is bound to spark people to pick up a book they weren’t planning on.

Start a book club for rebels based on banned books. There are many children’s, YA, and adult books that have been banned over the years. Fortunately or unfortunately, there are enough banned books out there that you can host regular meetups for banned book clubs of all reading levels.

Ask the kids how many of them are familiar with the following titles:

Ask them what all of those books have in common. Then ask them why they think they were banned? After the group is done discussing you can let them know the real reason they were banned. The kids will be interested to hear what people were afraid of.

Further their idea on the matter and ask them if they think there are books they shouldn’t be allowed to read. After the lesson, hand them a list of banned children’s books. Curiosity will get the best of them and they’ll want to get a few off of the list.

Something fun to do is to start a yearly “read-in” for an adult and children books in your local bookstore, school or library. The act itself is innocent enough, but your patrons are sure to get a thrill from participating!

There’s a certain allure to doing something bad. During Banned Books Week, at the very least support your individual freedom to information and reading and read a banned book that interests you. You don’t even have to read it hiding under your covers. Read it loud and proud out in the open.

Inspiration for Gifts and Promotional Giveaways

If you are interested in planning your own special event or raising awareness for Banned Books Week, help attendees remember the event by offering a nice keepsake or giveaway. Promote your organization and reading year-round with products like these. If you’re interested in viewing more, browse our online store or seek the assistance of one of our specialists to help design and customize your own items! 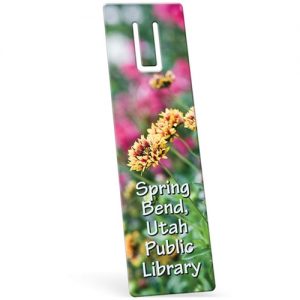 Customize your own bookmark with a page slot to allow readers to keep their place! 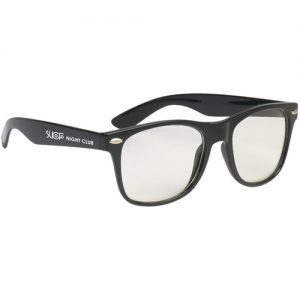 Glasses are a fun giveaway that kids and teens will love to wear and hold onto! 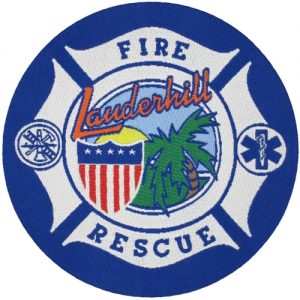 Design a fun patch for patrons to wear that proudly declares “I read Banned Books”, or another phrase that goes along with your event’s theme! 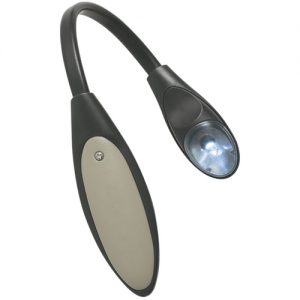 A clip-on light is essential for those who have to sneak to read on a regular basis – under the covers, past their bedtime! 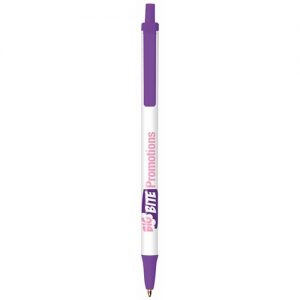 Pens are a cheap and simple giveaway to offer during events! Choose the colors, style, and text you would like to include. 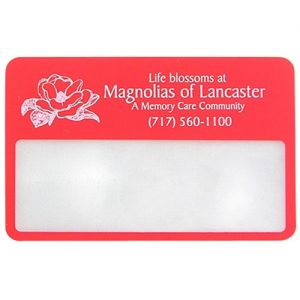 Older adults will certainly make use of a wallet-sized magnifying glass to keep handy when reading fine print.

Jump to a Category